What is restful API? 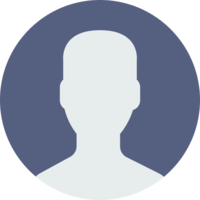 An essential part of the modern web sites is RESTful APIs. Every web application developer needs to know about their mechanisms. In this article, we intend to take a comprehensive look at RESTful APIs and why understanding them is so important for web developers.

REST is an abbreviation of the Representational State Transfer that has been featured on the Web since 2005, which seems somewhat confusing, but with a little explanation, we can simplify this complex appearance. They are the ways and means by which they can be used to transfer the data through the network. In other words, REST is a simple way of organizing interactions between separate systems and the underlying architectural principle of the web.

The amazing thing about the web is clients (browsers) and servers can interact in complex ways without the client knowing anything beforehand about the server and the resources it hosts. In contrast to REST, there is a SOAP protocol, which is the abbreviation for the Simple Object Access Protocol, which can be used to exchange data over a network in a variety of web services in an XML format.

SOAP was developed as an intermediate language so that applications built on various programming languages could talk easily to each other and avoid the extreme development effort. Unlike SOAP-based Web services, there is no "official" standard for RESTful Web APIs. This is because REST is an architectural style, while SOAP is a protocol. REST is not a standard in itself, but RESTful implementations make use of standards, such as HTTP, URI, JSON, and XML.

Now if we put these terms together and create something called RESTful API, we mean mechanisms for communicating with other services using a particular architecture.

The REST architecture has a number of features, most notably:

Because of these features, web developers tend to use RESTful APIs to facilitate the Web development process, better user experience, ease of use of IPs and data transfer through the HTTP protocol. In addition, REST is more than a protocol it’s a set of guides, principles, and rules that we can use to communicate between different sources.

Let's take an example to better understand this. Suppose we plan to display the most popular tweets on our website. In such a situation, without having access to the server of  Twitter, we will be able to take the Intended data and Give it to our users. Usually, the services provide API for developers, providing them with the JSON format, but there are some services that use the XML format instead.

To understand RESTful APIs fully  first, we need to get familiar with HTTP protocol because REST was initially described in the context of HTTP, but is not limited to that protocol.

In general, HTTP refers to a protocol that can be used to transfer data to the web. The purpose of this protocol is to provide a set of principles and rules that specify which messages are transferable and which one must be sent in response to another. For using the HTTP protocol, we need a client and a server; usually, the client means the browser that you’re using to access the internet. This browser is the initiator of communication through this protocol.

HTTP messages contain two parts, body and header. For example, you want to log in to your account on Facebook. The data you intend to send to the server through your browser, for example, the username and password are in the Body section. The header includes metadata such as encoding, HTTP methods, etc. These metadata determine how data contained in the body should be handled.

If you are using Google Chrome, by pressing the Ctrl + Shift + J keys simultaneously, you can open the Chrome Developer Tools window, as you’re using the web, you can observe the header and body of HTTP protocol details. If you use the Firefox browser, you can get this feature by installing the Firebug plugin.

CURL is Another way to know more about HTTP requests. The name stands for “Client URL”. a cURL is a command-line tool that is available on most major operating systems like Windows, Mac, and Linux.

After learning about HTTP, you might ask how can we define a function for a request that we send through the HTTP protocol? To answer this question, we need to understand the concept of HTTP Verbs, also called HTTP Methods.

HTTP defines a set of request methods to indicate the desired action to be performed for a resource. In other words, the HTTP methods tell the server what to do with the data that you send via URL to the server. The primary or most-commonly-used HTTP verbs (or methods, as they are properly called) are POST, GET, PUT, PATCH, and DELETE.

These correspond to create, read, update, and delete (or CRUD) operations, respectively.

Most webpages that provide free information for developers, usually allow developers only to use the GET method to access specific data from the web server's provider. The GET method is safe, meaning that applying it to a resource does not result in a state change of the resource (read-only semantics). The GET, PUT and DELETE methods are idempotent, meaning that applying them multiple times to a resource result in the same state change of the resource as applying them once, though the response might differ. The GET and POST methods are cacheable, meaning that responses to them are allowed to be stored for future reuse

Some web applications allow developers to use other methods such as PUT and DELETE but before making any request, requires registration in the service provider.

The GET method is the simplest and most used method in the HTTP protocol. Generally, whenever you click on a link on the doprax, this method is sent via the HTTP header to the site's server. This method tells the server to send information to your browser about the link address that is clicked on it.

As mentioned previously, the HTTP protocol has two sections header and body; the header contains metadata that can be only plain text or "blank text" written in a specific format, but the body can contain data with any format From blank text to images, HTML, XML, JSON codes, and so on. When the browser sends a request to the server, if everything goes well, the server sends a response to the browser (client).

In the end, one thing that confuses people is that REST and HTTP seem to be hand-in-hand. After all, the world-wide-web itself runs on HTTP, and it makes sense, a RESTful API does the same. However, there is nothing in the REST constraints that makes the usage of HTTP as a transfer protocol mandatory. It's perfectly possible to use other transfer protocols like SNMP, and SMTP to use, and your API could still very well be a RESTful API.

In practice, most - if not all - RESTful APIs currently use HTTP as a transport layer, since the infrastructure, servers and client libraries for HTTP are widely available.

Previous
What is an API?
Next
django tutorial for beginners [step by step] part 1
doprax

Welcome to the tutorial part 5. In this tutorial, we are going to show how to create a new view, model, querying in the database, and render model ...

Welcome to tutorial part 4. In this tutorial we are going to teach you how to create a Django model, admin interface, put some data into the model,...

In this tutorial we take a look at how to access the shell, building a Django app, what is the virtual environment. The techniques you’ll learn in ...